Confessions of a Camera Hog

Confessions of a Camera Hog 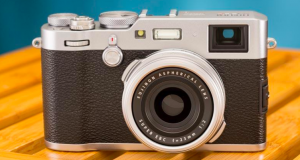 Camera Hog per Urban Dictionary:  A person that likes to be in “the center” of pictures always “wanting” to be in pictures.

I was an absolute camera hog.  I think most of the American Bandstand viewers noticed it and also some people in the studio.  However, in that position as a camera hog, I can only speak for myself. I found it so exciting to be in a television studio with  all the lights, cameras, and adults sitting behind the monitors. We did not know who they were or where they were watching us dance from.

Most of us got really crazy when the clock struck 4:00 PM.  The show going national caused chaos. The camera men really had their hands full. We were all pushing, shoving etc. trying to get on television. As teenagers, we all didn’t care.  Is that really a good excuse for acting that way? I don’t think so. Of course back then I thought nothing of it. I was having a great time! 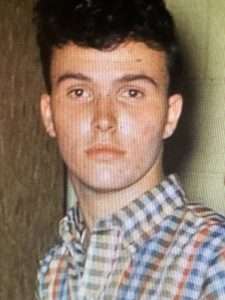 Most thrilling for me, besides being on television, were the photographers taking pictures on set.  Why and where were they going to be published?! I was never told and it was only by accident I would come across the articles with pictures that were taken on set.

But let’s not forget what it was like racing to the front of the line on set when the dancing would start. I am sure you all remember when we would drop back from the front and are probably wondering why. Many of us dancers were called back by Dick Clark using his microphone and announcing one’s name on the loudspeaker. The other name that Dick referred to me as was “Big Ed”. So I would hear, “Big Ed to the back.”

While dancing in the back one had to be extremely careful about not being hit with the cameras.  Getting in front as the cameras rolled back could cause serious harm too. Apparently, I didn’t care at the time and during my time on American Bandstand was told by Dick at least twice not to come back for two or three weeks at a time.  It was Dick’s way of giving you a “Time Out.”

When it came to slow dancing, instead of going around the perimeter I would take a shortcut right through the middle of the dance floor. I would get on camera in half the time it would take others and in this case, I would not have to worry about Dick calling me back from the line or be in danger of a time out. 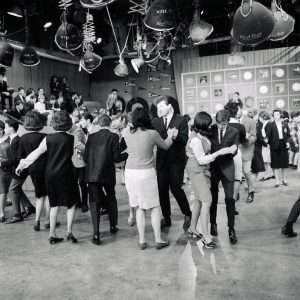 I was addicted to the “red light” back then. So it is probably no wonder why I have addictions to this day.  No, I am not telling. Want to take a guess?

Today,  I find it very embarrassing when I see pictures of me taken from the television where I am looking and smiling boldly into the camera.

A very common question I get from people is “Would you do it all over again?” Yes, this time by behaving and not being sent home by Dick Clark. 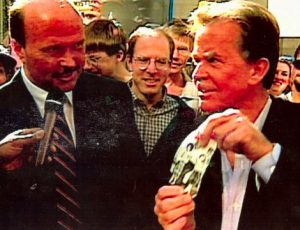 Ah! to be an American Bandstand “Regular.”  It was an experience of a lifetime.  It was not all up’s and certainly I had to put up with various down’s.  Without it I would not be speaking about it now. I hope you all get as much enjoyment from these essays of my personal experiences as I do writing them.