The A,B,C’s of American Bandstand: Part 1 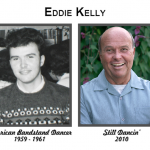 “A’ GROUP (1956 – 1959): Justine, Bob, Arlene, Kenny.  If you need to know their last names you never watched American Bandstand.  I call them the “Fab Four” a/k/a The “Phenomenon”.  They put American Bandstand on the map and paved the way for all of future regulars until 1989.  Every time the subject of American Bandstand was mentioned these four were the names mentioned immediately along with a few others.  Some of the other popular Regulars came into their own later on the show. These fab four made the show skyrocket.  Little did we know we were on the First Reality Show.

Please remember that the viewers made their favorite regular a celebrity.  The audiences could not get enough of them.  They followed their dance steps, hairstyles, fashions etc. Much of it was mostly about couple romances.To viewers it was like a daily soap opera.  OMG, Arlene is not dancing with Kenny. Did they have a fight? 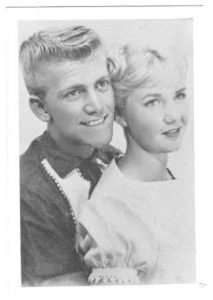 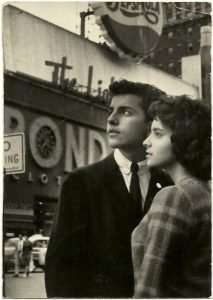 Sure, Dick Clark was the perfect host, clean cut, good looking with a great personality. However, the viewers only wanted the Regulars.  Dick was very distant off camera.  Thinking back, it would have been nice for him, to welcome everyone to the show before that show aired.  That never happened.

I doubt very very much if American Bandstand were still on today that would be on air five days a week, for a couple hours each day.  That’s a lot of television time for any show.

I especially want to thank Arlene for getting me out of those damn bleachers to dance with Mary Ann Cuff.  It paid off for being tall or possibly I would still be sitting there  Thank you, Thank you Justine, Bob (RIP), Arlene and Kenny for giving future regulars and viewers such joy, happiness and most of all such fun to our lives.  There are not enough words in the dictionary to describe my “Fab Four”. The Best Always!!!