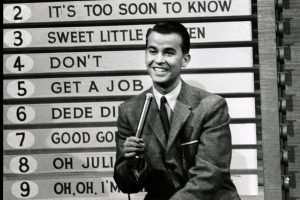 1.When Dick Clark worked at WKTV in Utica, he was known as Dick Clay. He changed his name in order to distinguish himself from his father, Dick Clark Sr.

2.While at WKTV he was the host of a country music show and known as Cactus Dick with the Santa Fe Riders.

3. Dick commuted to New York to do commercials for Schaefer Beer. He was fired because Rudy Schaefer said he looked too young to be drinking beer on the air.

4. In the Fall of 1955, Dick substituted for Bob Horn for one afternoon.  It was a long time before he stepped up to the podium again.

5. In 1959 WFIL-TV forced Dick to divest himself of the 33 music companies he was financially involved with. That cost him $8 million a year. He was 29 years old and a multimillionaire.

6. Dick was a heavy drinker and smoker.

7. Because of protests from viewers from the Bible Belt, Dick was never allowed to use the phrase “going steady” on the show.

8. Early on, various people involved with the show (Walter Anneberg’s wife for one) did not like the music; they suggested more Glenn Miller be played and that the boys should wear tuxedos, and the girls party dresses. Also, that the kids should wear makeup to hide their teenage blemishes.

9. The show got many bomb scares in its first years on the air. The show was never stopped; however, firemen and police searched the studio and building while the kids danced on the air.

10. When Dick first heard She Loves You by the Beatles, he rejected it, calling it “hollow.” The teenage panel on Record Review gave it a 73 rating. “Catchy but hard to dance to,” they said. 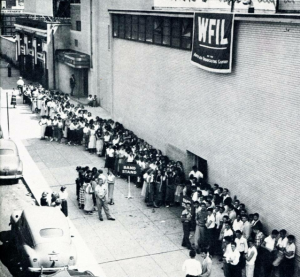 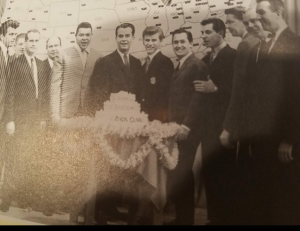