A Tribute to Bob Clayton

Bob Clayton was the love of my life when I was 10 years old. I told him that during our four telephone conversations. And then we would both giggle, sounding almost like giddy teenagers.

Like most of the Regulars I called, Bob screened his telephone calls. But he always called me back within minutes.

Bob’s bio in Bandstand Diaries was very candid. He held nothing back. He discussed his brief stay in Hollywood trying to become an actor after he and Justine Carrelli cut a 45 rpm record together. The two sides were “Drive in Movie ” and “Dream Girl.” Dick Clark never played either song on American Bandstand.

Bob retired after being in the shoe business and the chemical business, where he often worked 18 hour days. He co-owned a gift boutique with his second wife, Lutz is.

Bob had his last get-together with Justine at a Christmas party in his Delaware home in 2013.

I called him the week before our Bandstand Diaries book launch on November 4, 2016. to see if he would attend. As usual, he screened the call, but immediately called me back.

Bob told me he and his wife had sold their gift shop. She was now working at Neiman Marcus,  and couldn’t take off to join the Regulars and their fans at the Philadelphia American Bandstand studio.

Very sadly, Bob passed away 2 days after our party, on November 6. I never had the chance to return his photographs. But I will treasure them always.

He was one-of-a-kind,  my first boyfriend I never met… 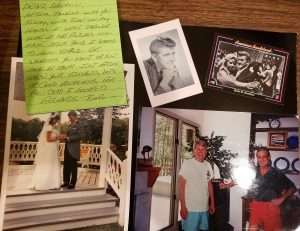 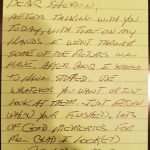 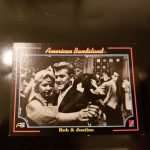 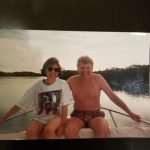 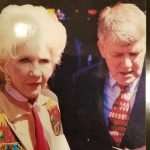